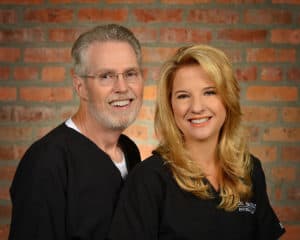 Doctor’s Nutrition is owned by Drs. Jim & Janine Fox, D.C., whom due to their own personal stories, are both extremely passionate about helping others take control of their own health. Together, they decided 22 years ago to only focus on the functional approach to health and medicine by using laboratory tests, lifestyle changes, and nutritional supplements.

At a young age, Dr. Jim knew there had to be a way to better health other than conventional medicine, and it was at that time he began his nutritional approach to health. At the age of 10, Dr. Jim lost his father due to heart disease. Years later, he also lost two of his brothers while they were only in their fifties. Knowing that there should be a better way to live a longer and healthier life, Dr. Jim set out to find the answers. Therefore, he has done extensive research into heart disease and the effects of genetics; because the effects can be drastically changed by making lifestyle changes and monitoring underlying health concerns.

Like Dr. Jim, Dr. Janine has also knew from a young age that conventional medicine was not for her. As a child, Dr. Janine was ill for many years with various allergies, headaches and infections.  At the age of 17, she was diagnosed with an autoimmune condition which kept her hospitalized for four months. Dr. Janine was taking numerous prescription medications daily when she decided to gradually stop using them, knowing that there had to be a better approach to her healthcare. An autoimmune condition doesn’t just go away, but now she controls it with an all-natural approach and no prescription drugs.

Prior to Doctor’s Nutrition, Dr. Jim was a mechanical engineer.  After receiving his Doctor of Chiropractic degree, he was in private practice for 10 years and then returned to the academic world, as the Director of the Student Clinic at Parker Chiropractic College.  Dr. Janine has a Bachelor of Science in Sports Medicine and Psychology, which resulted in her years of experience working with athletes.  She then continued her education to receive a Doctor of Chiropractic.

After years of researching and studying about taking a functional approach to healthcare, Drs. Jim and Janine still found a limited number of doctors who offered that type of approach. So, to solve this problem they opened Doctor’s Nutrition and put their vision, research and studies into action.  Now, both have over 22 years of experience in functional medicine. To help achieve their vision, they have always provided free professional consultations and affordable prices! 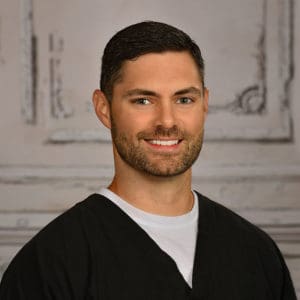 Dr. Bull, D.C., has been intrigued by nutrition for most of his life, which is what led him to receive his Bachelors in Exercise Science and then his Doctor of Chiropractic. While working towards his doctorate, Dr. Bull began to study and fall in love with the Functional Medicine Approach. He knew then that he wanted to help people take control of their health with this approach by combining lab work, lifestyle changes and supplements.

In 2014, while still working towards his doctorate, Dr. Bull's wife got very ill with numerous health conditions. It was at that time he had to put into action everything he was studying and learning about, for a natural approach to her healthcare. His wife was in and out of the hospital for six months, but after that she never relied on another prescription medication. At that point, Dr. Bull and his wife made significant lifestyle changes with their diet to keep most of her symptoms at bay. However, he knew further examination with lab work and pharmaceutical grade supplements were needed. Knowing he couldn’t offer that on his own, in 2016 he sent his wife to Doctor’s Nutrition. With both his dedication to the natural approach for his wife’s healthcare and the supplement regimen from Doctor’s Nutrition, his wife has not taken a prescription medication in almost four years.